Drop your XXL cans and local beer; we have new connoisseurs in town. After the hype of Johnnie Walker Double Black in 2011 comes today the whiskey Single Malt trend. Lebanese people like to show what they’re enjoying, sometimes to the extreme and in the wrong milieu. You see them sipping scotch midday, at the beach, served sometimes with ice in plastic cups. Others prefer to have it with shisha while explaining their opinion and differences with regular blends.

Lebanon became too cliché for sharing wedding images on Facebook. Forget about the zaffeh in the background or the huge fake cake, couples are opting for exotic destinations like Santorini, the Caribbean’s, or any other place that can lever their social image above other weddings. This has many advantages whereas you will have more fun (1), you surely spend less (2) and you will be surrounded with people you like and not by those who your parents insisted on inviting (3). Eventually, this habit shall include Greece as tourism cost is expected to drop significantly. Check out Issam Merheb’s satirical video that explains a lot about that (Link)

Linner & Dunch Dunch should be distinguished from linner, another meal occurring in the post-lunch, pre-dinner interval, in that dunch occurs after linner, closer to dinnertime. It is similar to the French goutée and five’oclock English tea. There is still not a particular list of food consumed but it could range from a sandwich, dessert, to a normal full meal. Thus, the socially accepted norm with regard to afternoon eating agendas comprises the following progression of meals:  Lunch –> Linner –> Dunch –> Dinner

Trying new food recipes is a common trend in Lebanon whereas people are willing to pay expensive dishes for the sake of being original, different, stylish and healthy. The Kale Quinoa tabbouleh is not far from changing all the ingredients of a regular tabbouleh; they replaced the regular parsley with kale, the burghul with quinoa and the lemon juice with lemon pulp, I’m still expecting to see “tofu nayyeh”, or an “organic sharwarma”. Unfortunately, when we’re no longer able to innovate we start changing things we already have. 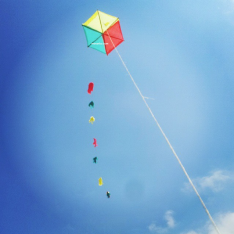 Old School Kite If it’s a windy afternoon and you have two hours to spare, make this childhood flying enjoyment with your friends or kids. The hexagon shape kite used to fill the skies of Lebanon during summer with passionate competition around neighborhoods on size, color varieties and height it can reach.

In Lebanon when you say summer you say weddings, and beside the invitees people like to share their joy with endless massive fireworks in the middle of the night. Once a Lebanese company got the exclusivity of importing soundless fireworks from China, but legal permits were denied, as it will shade on the business of another fireworks company managed by a well-known former politician (Tabbarah)