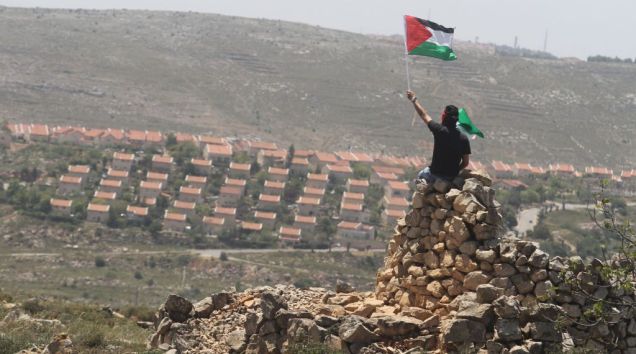 After a month time, Israeli shells and air strikes are still falling on Gaza resulting in massive destruction and numerous casualties within the Palestinian population.

It all started with the abduction and murder of three Israeli settlers, on which Hamas was blamed without any investigation; the next day a Palestinian kid was torched alive as a reprisal. And the situation degenerated to an unprecedented violence.

The three Israelis case is still unclear and the accusations against Hamas were purely political and a chance for Israel to execute colonial plans that have been on the shelf for some time. In the history of the Palestinian-Israeli conflict, when Hamas or any other faction kidnaps an IDF soldier or settlers, they see them as a providential gift and try to keep them alive in a way to exchange them against hundreds of Palestinians in Israeli prisons, as a dead Israeli will do no good.

Let’s drop all the condemnations and prayers, as they never led to any positive results in major conflicts. What Israel is doing for the Palestinians is not new, but the world’s interaction changed, the power of social media and the presence of unbiased reporters showed the truth behind this war in a very objective way.

Under the eyes of the world, Israel is playing a parallel game.

Israel knows that destroying tunnels will create more tunnels, and killing Palestinians will give birth to a new generation of haters toward the Jewish state, so what is it all about?

When Benjamin Netanyahu became prime minister in 2009, he initiated the construction of illegal colonies in the West Bank and around Gaza, which raised the attention of many western countries, the UN and many human rights associations, pushing his government to put this project on hold.

But since the offensive on Gaza in July 2014, the constructions resumed at a 300% rate, letting the world lay their eyes on Gaza children, tunnels, the iron dome, and Hamas. This misdirection has a long term impact that few are aware of, as once the Gaza battle is over, more Palestinians will have less land and be pushed to immigrate to the same Western/Arab countries that are condemning Israel’s actions.

This maneuver requires Israel to weaken Hamas without eliminating it, a strategic way to keep the conflict open to initiate a mini war every 2-4 years to demoralize the Palestinians, keep them obedient, acquire land, with an opportunity to test their latest weapon technologies. In addition to providing $3 billion in annual military aid to Israel, Americans are publicly subsidizing the construction of Israel’s illegal settlements. (Mike Coogan, 2011)

Unfortunately the acquiring of land by force is considered a legitimate action by most western countries.

Didn’t the US do the same with the native red skins? Didn’t they approve the same for Palestine since 1947? Isn’t the world accepting the same for ISIS in Syria and Irak? But hey, they “Godly” knew that toppling their old allies Saddam Hussein, Muammar Gaddafi, Ali Abdallah Saleh or Bachar Al-Assad is the right thing for the people of these same countries; but their actions brought nothing but destruction and bloody massacres.

These western countries are the least involved in democracy and freedom, and all their actions in the Middle East are either economical or for the security of Israel. Even the United Nations, a body that was created post WWII to avoid world conflicts had to face 140 wars since its creation.

Every war that Israel conducts against the Palestinians attracts people’s sympathy and solidarity, they share statuses, videos, images, organize fundraisings and protests thinking they are helping the cause or the bloodshed to stop.

One thought on “Israel: The Long Term Plan”