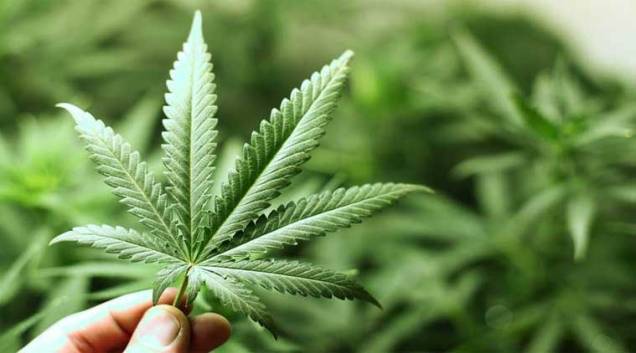 On July 18, the head of Lebanese parliament Nabih Berry informed the US Ambassador to Lebanon Elisabeth Richards of the house’s intention to prepare a study aiming to legalize the cultivation of cannabis for medical use. The matter of legalization was always a passing debate that served many internal thrives between politicians without ever getting close to implementation, until end of 2017 when many voices started referring to that alternative among them the head of socialist party Walid Joumblatt and prominent figures of the civil society in their communication campaign for the 2018 parliamentary elections.

Berri’s official declaration was well crafted, he’s slowly paving the road for the long process of legalization, and that by approaching the ambassador of the same country that initially placed Lebanon in the 90’s on its blacklist of cannabis growing countries.

The announcement was well-received and made a positive impact both nationally and internationally; especially that ambassador Richards knew beforehand of Berri’s proposition which she welcomed but communicated to the head of the parliament the United States two major concern:

I- Secure the ground by implementing internal regulations that will begin by dismantling gangs and taking out uncontrollable individuals that could take advantage of this legalization for their own benefits. That task was carried out two weeks later by an army raid on Britel in the Northern Bekaa which saw the killing of Zaid Ismael, a drug lord with more than 3000 calls for arrest for kidnapping, drug, and human trafficking, stealing cars and many other felonies.

These drastic measures do not include fleeing cannabis farmers (Tuffar) whom the authorities are looking to straighten their judicial conditions with the new legalization law. But other outlaws remain in the Bekaa area such as Mohammad Douba, a crook convicted in 2015 of kidnapping young Marc Moussa, who was later released in return of a $350,000 ransom.

II- Dissociate any direct involvement of Hezbollah and its members with this new law project is now being studied. Most cannabis cultivation happens in the Northern part of the Bekaa, a region mostly inhabited by Shias under the influence of the party of god.

That urged Amal, the political movement of Nabih Berri to expand their influence from South Lebanon to reach the Shia population in the Bekaa. That created some unrest among landlords and people of influence such as newly elected Member of Parliament Jamil Al-Sayyed who publicly clashed with one of Berri’s closest aid in the region.

But just like any gold rush, Lebanese politicians and parties are naturally divided, so who’s for this legislation and who are opposing it?

(Positive) The Amal Movement is the godfather of this legislation making it the new eminent power in northern Bekaa where most cultivation occurs. The production branch will most likely be under the scrutiny of the Ministry of Agriculture (held by Amal), where they’re expected to become the main guard responsible for production deployment and collecting credits.

(Positive) Along with Amal, the Lebanese Forces are looking for legal investments in the Bekaa where their influence was always limited among their supporters who held lands in the Bekaa valley producing vegetables at loss or other “alternative” crops illegally.

(Positive)  The current nominated Prime Minister Saad Hariri wouldn’t oppose any source of income with a national and international consent, and that could boost an agonizing Lebanese economy paving the road for justification of his full dedication and plan at the Cedre conference.

(Neutral) Hezbollah is remaining silent, and that after the advice of his Shia partner, Nabih Berri, on not interfering or showing any positive or negative opinions on that matter. If passed, this law will indirectly benefit Hezbollah by first removing the international financial burden imposed on their illicit trade, second in reassuring its supporters in the Bekaa.

(Neutral) In 2015, MP Walid Joumblatt, followed closely by colleagues from his political bloc, threw his hat in the ring and called for the legalization of cannabis cultivation, pushing forward the economic argument but also the harmless nature of cannabis use. (Source: NOW ). Today, he’s still leaning towards that option, which he claims could boost Lebanon’s economy, but it’s better to carefully classify his position as neutral as he might still change his mind.

(Negative) The Tayyar movement under minister Gebrane Bassil is the first to show its discontent towards this law, mainly because it was initiated by their political rival Amal, but mostly because of the absence of profits or influence on this new business that will mostly benefit Tayyar’s rivals in Lebanon.

(Negative) On their last monthly meeting, the Maronites Bishops opposed such new legislation asking for more wisdom and better judgment while pretexting social repercussions on the youth. The communiqué was as deceitful as their real intentions, portraying themselves as the defenders of youth and social life.

In fact, the Maronite church in Lebanon owns a vast amount of lands in Lebanon leased to farmers at low rates for a long period (9, 12, 21, 30 and even 40 years). With the new legalization law, these same farmers will shift from growing traditional crops such as corn, tobacco, potatoes, and others into a more lucrative and legal business while keep paying their holy lords a small rental fee. Unless a governmental decree is specially issued revoking all land contracts, the Maronite church will keep expressing an unfavorable feeling toward this prospective regulation.

Nevertheless, the International Monetary Fund (IMF) and a study by McKinsey consultancy firm called for exploring new productive sectors such as to legalize cannabis cultivation for medical use, which will have immediate and substantial fiscal adjustment to improve the sustainability of Lebanon’s public debt; but this still needs government approval.

Until then, keep rolling.