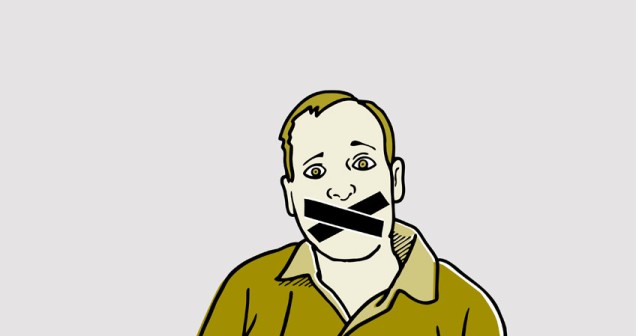 Numerous are the businesses that can be launched in Lebanon and generate profit in no time. Regardless if they were done at the expense of archeological ruins like happened in Beirut in order to build a skyscraper, or the destruction of a land near the Cedars forest to build a wedding venue , in addition to the maritime pollution with the cement plant on the rocky beaches of Amchit, or the many quarries and crushers that are devouring the Lebanese mountains.

This common habit of starting a business in Lebanon at the detriment of nature is unfortunately seen as the masterwork of a successful individual rather than the catastrophic result of a greedy and unscrupulous person. Blaming the corrupted political system is not enough, as every Lebanese himself is responsible for simply willing to take advantage of the gaps within the Lebanese system.

“Maybe it’s unethical but if the government allows it and everybody is doing it, why not me?” he would say. This indifference for elements surrounding a Lebanese is so deeply rooted in the culture and history that he considers the outcome as an achievement.

Many European and Western countries were very strict when it comes to social moral and values, forbidding anything that could contradict with the communities’ beliefs or religion. In the past, the Scandinavian countries (Denmark, Norway, Sweden and later on Finland) had the most brutal and agitated people at the time of the Vikings. Nowadays, they represent civilization, progress and development. Racism was still 50 years ago a social problem in the United States, today Americans have an African-American as president.

The only reason for these changes is social evolution and laws, and it takes decades if not centuries for the mentality of a population to change. Here comes my disagreement with some activists and movements in Lebanon that try to impose a social change in a society that is “not yet ready” for this kind of change.

But we cannot deny the fact that Lebanese mentality is evolving, tough at a very slow rate and at an irregular pace. Some conservatives believe that taboo businesses will push Lebanese to lose some of its values, traditions and folklore.

– A wrong and outdated allegation –

One of the most profitable businesses that can be launched in Lebanon is a legitimate sex shop. Just by mentioning the idea in front of people, and all I get is this grumpy look, words like “3ayb”, or simply an ironic smile. It’s funny the thoughts that come to people’s mind about that; the very conservative of them fear the growth of sexual intercourse without stating why they see it as a danger for the Lebanese community. Again, they’re “not ready” yet for change.

Business wise, the consumer demand is gigantically high in a 350 million market, and could become the most profitable business in the next decade (after oil of course); especially that Israel is the only country in the Middle East, North Africa and the Gulf peninsula to allow the sex shop business. Not to mention the few clandestine shops in Bourj Hammoud that sell smuggled but uncertified items.

But the religious heresy is also dominant in a country such as Lebanon, whereas, the idea is rejected by both Christian and Muslim figures. After asking a local priest about it, he answered me with the following: “This is Lebanon not the West, why do you want to encourage teenagers to have sex before they reach 18 or before they get married”? Bluntly, I understood from his solemnly statement that the religious people ruling this country are mentally sick to make such assumptions and are simply “not ready” for this change. And the conversation stopped there.

On the other hand, the presence of sex shops in Lebanon can have a positive impact on the life of couples. “Sexuality is important for the mental health of the individual” said C.S. Psychiatrist specialized in the life of couples. “Sex toys, outfits, and games could play a major role in exploring the fantasies of your partner, as long as the couple’s sexual pleasure isn’t conditioned by these toys.”  she concluded.

Many couples face different sexual problems and are not able to communicate it properly; they refrain from mentioning it to their partner by consulting a therapist or even a religious person, or end up fulfilling his/her needs with someone else.

Another business that lacks knowledge from the Lebanese society and is still considered a big taboo is the legalization of cannabis. Even the word “bi 7ashesh” is misinterpreted in people’s mind to include all kind of drugs, soft, hard, and chemicals without really knowing the difference. Throughout history, cannabis was considered a natural medicine in different areas of the world; Native Americans used it as a peace pipe, Egyptians used it to create paper, even the American constitution was written on hemp leafs. Nowadays, more than five countries legalized cannabis, and twenty other legalized it as a medicine to heal anxiety and treat cancer patients.

In Lebanon, the growing, selling and consumption of cannabis was banned due to internal political influence, as it was more advantageous to sell it in the black market than legalizing it, while having a better control over this profitable business. Cannabis is similar to any other legal stimulant that people consume on a daily basis such as tobacco, caffeine, prescription drugs and alcohol.

The day the cannabis business becomes under government control, it will create new opportunities for farmers and head shops, it will decrease the number of arrests in the overcrowded prisons and therefore cut costs. It will reinforce the laws of growing, selling and consumption by generating more than $ 1 billion in taxes per year, while doing huge savings on prohibition costs, giving time and money for law enforcements to better manage other serious crimes.

But again, the Lebanese society is “not ready” for this…

One thought on “Lucrative But Taboo Businesses in Lebanon”