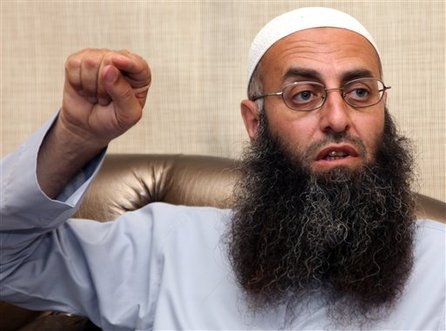 All of you are responsible, I will name you one by one

just to know yourselves:

Again, i will tell you this Mr.Charbel, you were brought to this government because all the big decisions makers in Lebanon didn’t want a strong person to rule this ministry. You failed in most of the sensitive issues that happened in Lebanon. You used to call Al-Assir on his mobile asking for a truce, instead of arresting him. You managed the clashes in Saida and Tripoli like a school supervisor, away from any sharp-cutting decisions. Every time you tried to find a soft solution between two conflicting sides, you were indirectly admitting their presence and giving them time to reinforce and come back stronger. I just wish you knew the limits of your capabilities and refused this position earlier.

Even Ahmad Al-Assir tested your skills, he provoked the Shiaas in Saida and Christians in Faraya Kfarzebian just to see your reaction and unfortunately he succeeded in overcoming your prerogatives.

Ahmad Al-Assir would have remained a tiny Sunni cleric in Saida if it wasn’t for the media. This person who only had two followers became a TV Star when all the main Lebanese channels gave him airing time more than he deserves. LBC, Future TV, OTV, Al-Jadeed, NBN, MTV, Al-Manar, Tele Liban, and many other Arab channels showed us live coverage of this cleric riding a bicycle, shaving his head, blocking roads, making anti-Hezbollah speeches, etc… MTV Lebanon was the only channel that understood that Al-Assir should not be given such importance and restrained from hosting him or covering his lame stories anymore.

The Hariri clan couldn’t ask for a better religious person that can publicly attack Hezbollah, and attract many followers with his anti-Shiaa speeches. They allowed him to grow in Saida without any reaction from MP Bahia Al-Hariri or Fouad Seniora, they let him gain popularity where they failed to do so, thinking they both share the same political views.

Ahmad Al-Assir clearly admitted that he was supported by the state of Qatar. His several visits to Doha allowed him to get the military equipment along with funds to pay his followers. The same countries dropped any collaboration with other Sunni figures in Lebanon to exclusively back Al-Assir.

The infringements taken by the party of God regarding the Syrian conflict were the perfect excuse for Al-Assir to grow. He even responded to Hezbollah’s involvement in Syria by going to the Syrian city of Qusair, a way to show his expanded force and recruit all the anti-Al-Assad individuals under his movement.

Nonexistent. With two active prime ministers, no government, no parliament, no elections, no constitutional council and a president with limited power, Ahmad Al-Assir was given the freedom to say, act, react, and provoke the way he feels like; not even fearing the Lebanese Army or the Internal Security Forces. My only thoughts goes to the Lebanese Army that is put in a very awkward situation without any support and is still counting martyrs.

Yes, you are all guilty. Guilty for not removing on time a malefic plant that grew on your Cedar tree.